Red and Bonita Mine – Bulkhead Evaluation

The Red and Bonita Mine portal is located at elevation 10,957 feet on the east side of Cement Creek on County Road 53 approximately eight miles north of Silverton, Colorado. The 5-foot wide by 7 foot tall adit divides into two main branches with several exploratory drifts and stopes each. All of it is driven through the Burns Member of the Silverton Volcanic sequence. Current ground support consists of timber sets at the portal, Station 6+50 and at several other locations while remainder of the adit is bald (no support). 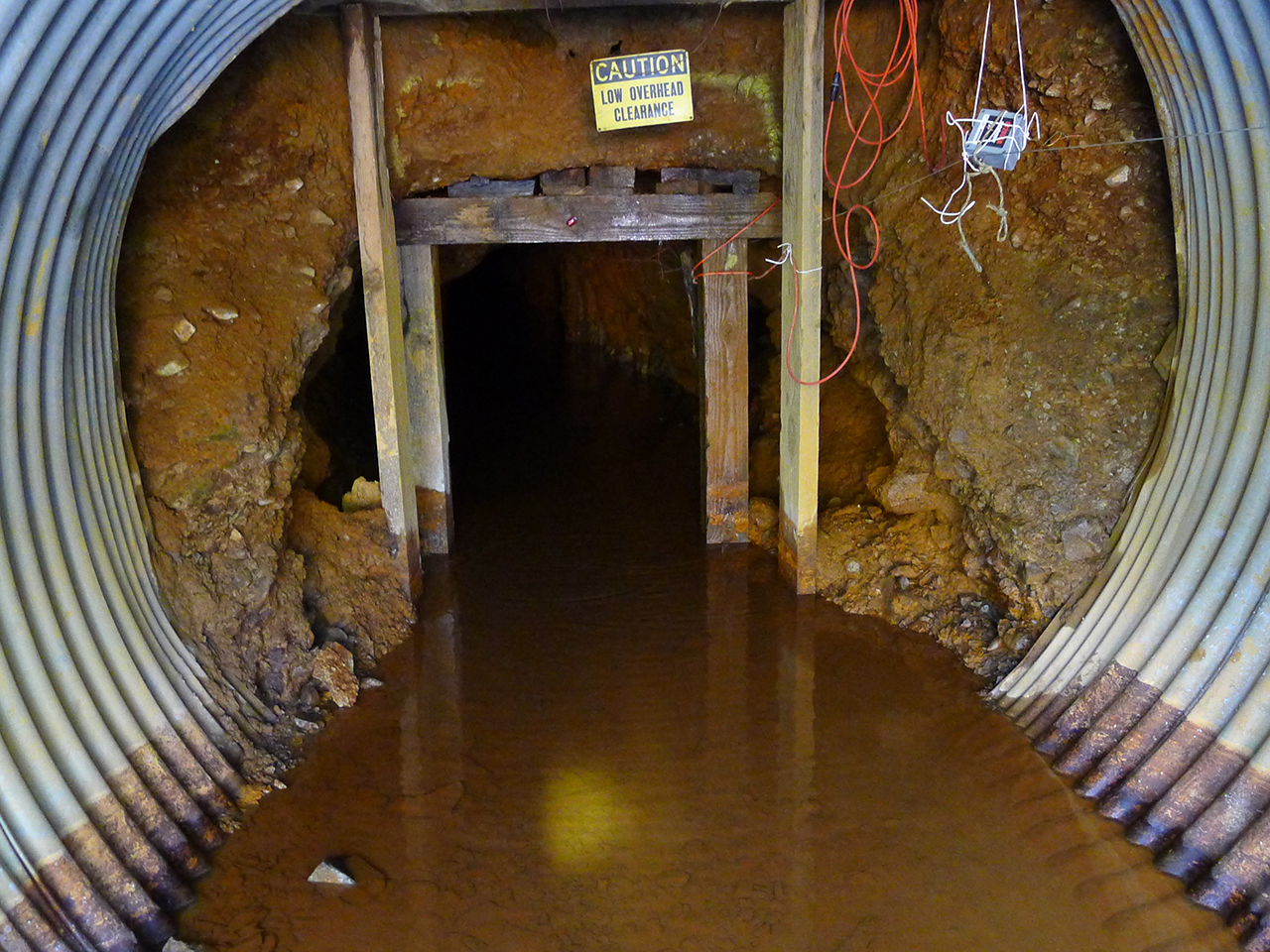 Red & Bonita Mine Portal in Soil and Ferricrete.

In 2013, after an assessment by EPA, the Colorado Division of Reclamation, Mining, and Safety entered the adit as far as possible to assess and document the rock, existing ground support, groundwater inflow areas, cross cuts, stopes and other connections to existing mine workings, map the geology, map the joints, and evaluate potential bulkhead locations. Deere & Ault Consultants, Inc. (D&A) provided a third party review of the ground support, ventilation, and portal structure adequacy. Work included a review of existing geologic and mining documentation, rock mass classification, and key block analysis. 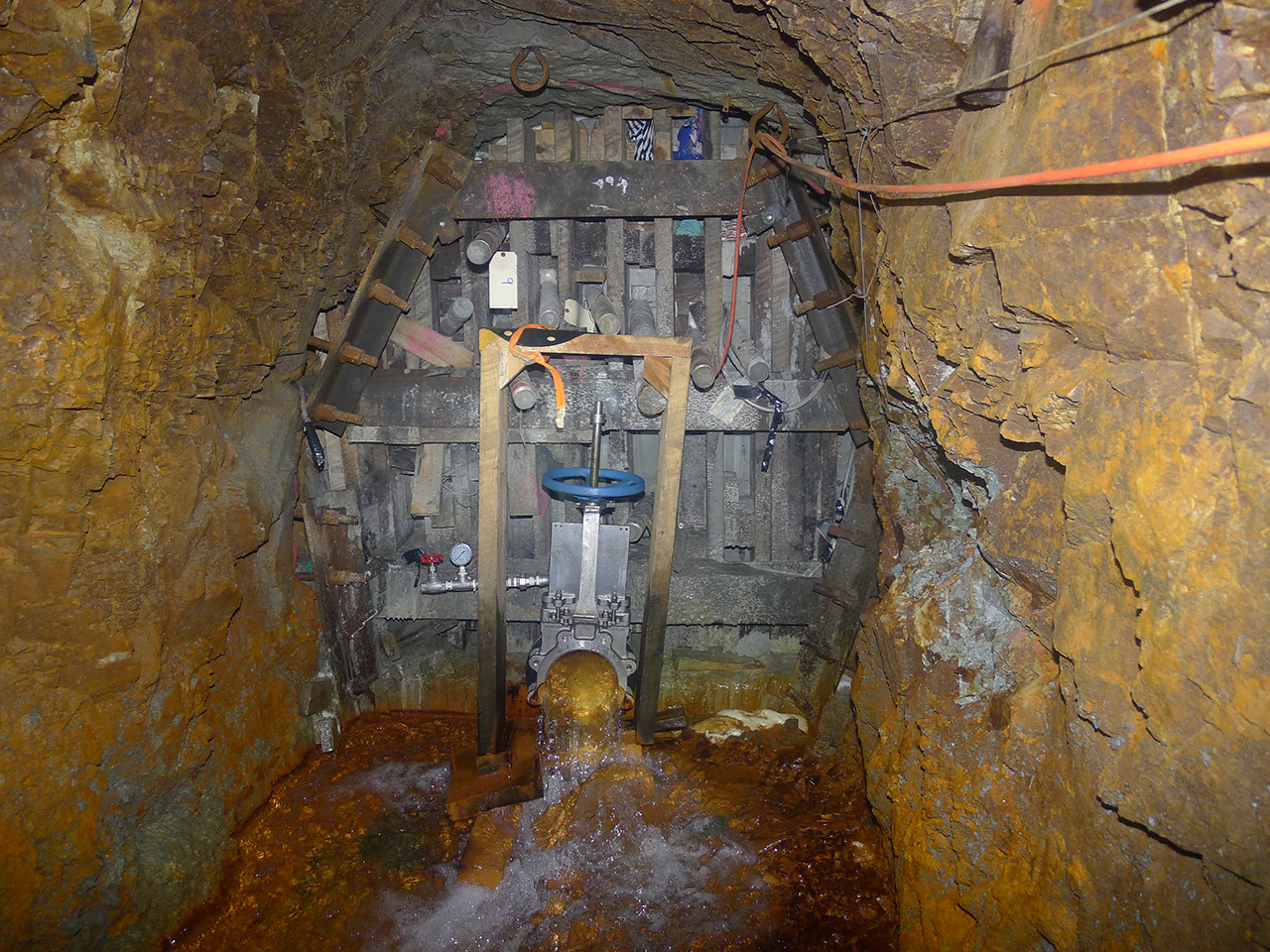 Red & Bonita Mine Bulkhead Constructed In 2015.

CDRMS designed a bulkhead that was installed in 2015 by EPA contractors during a removal action. D&A designed a high pressure valve upgrade for the bulkhead.

Also in 2015-2016, D&A conducted a third party evaluation of the potential effects of closing the Red and Bonita bulkhead valve. The evaluation considered impacts of the closure on the regional groundwater table, streams, and existing mines such as the Gold King, Mogul, Adams, and Sunnyside. The evaluation focused on the nearby American Tunnel with its three closed bulkheads and recommended methods for monitoring water levels.