The Bulldog Mountain Project in Creede, Colorado, was started in the 1960s as a cut and fill stoping silver mine along the Bulldog Fault Zone. Access was through adits at the 9700-foot and 9360-foot levels. In the 1990s, the lower adit was bulkheaded shut and abandoned. In 2011, Rio Grande Silver/Hecla Mining decided to re-open access to the underground workings. 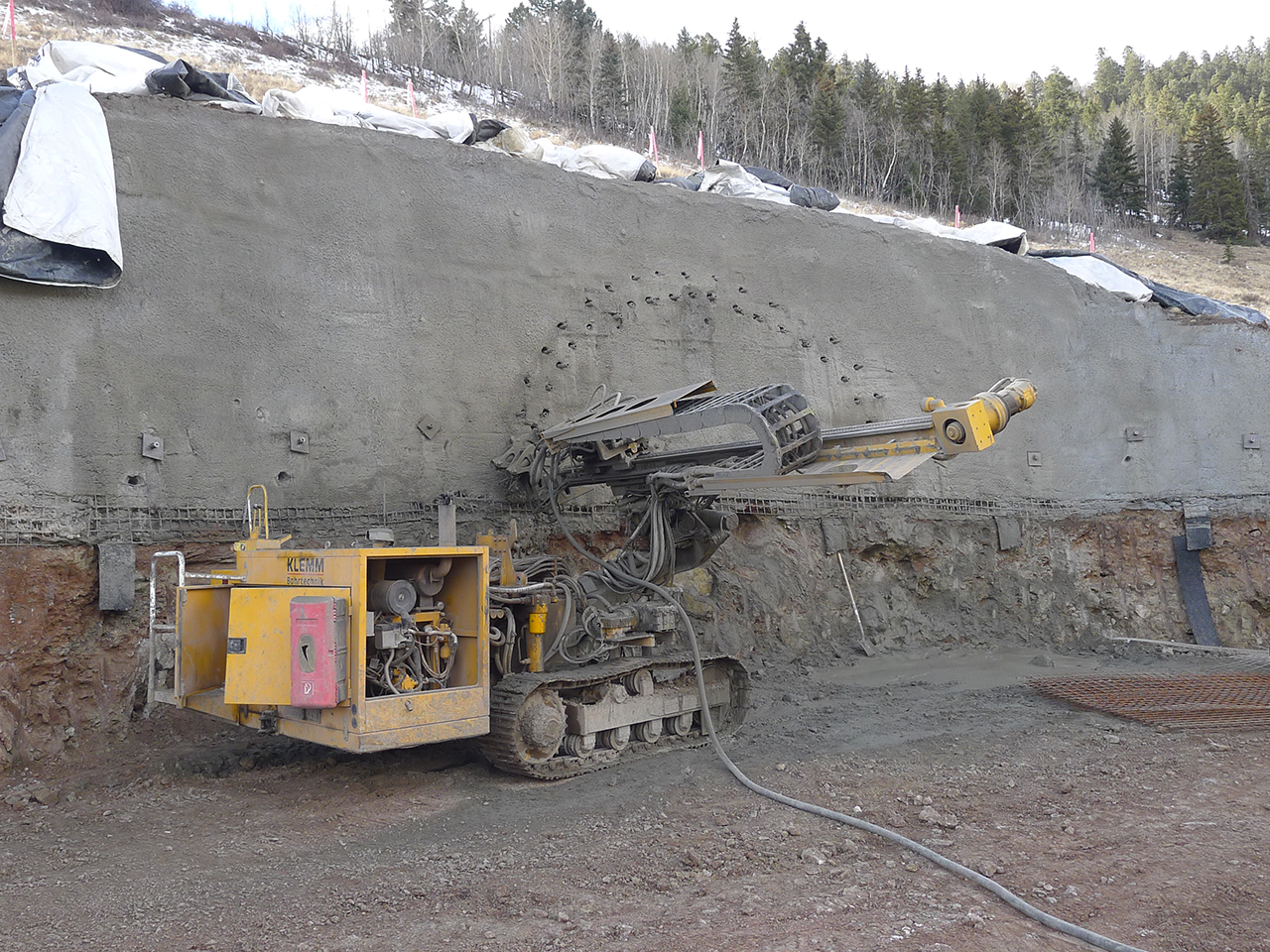 Bulldog Mine – Reopening the Portal.

Access would be through a new decline 2,850-foot long and 14-foot wide, running first over then parallel to the existing 9360 adit. The decline would be driven first through the soft ground of the Creede Formation which consists of fine-grained sedimentary deposits – finely laminated shales and well-bedded tuffaceous sandstone, representing shallow to deep water deltaic and lake deposits in the moat of the Creede Caldera. The decline would end in the Campbell Formation, a hard rock tuff with fractures and faults.

Deere & Ault Consultants, Inc. (D&A) evaluated existing geologic information and reports of the original adit drive to estimate the ground conditions, groundwater, and geology of the new decline. The ground load evaluation was then used to design steel set supports for a variety of ground conditions. D&A then prepared field observation guidelines for the changing ground conditions to allow the contractor to choose the appropriate level of support.