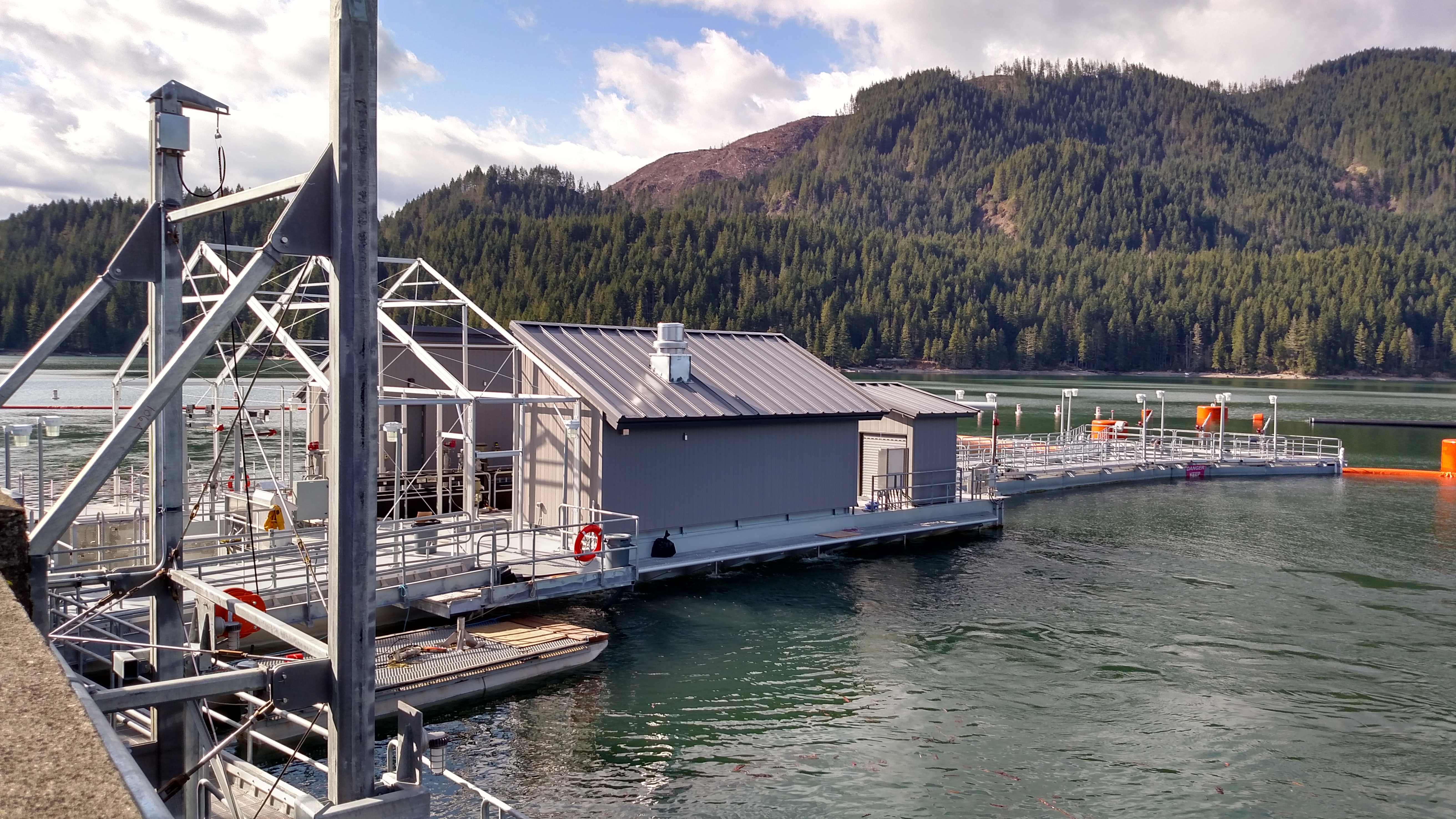 The facility design is the third generation of FSCs in the Pacific Northwest, and incorporates improvements that provide better operational performance while costing only half the amount of previous collectors. Several key innovations were provided by Deere & Ault’s staff that created breakthroughs in the design. For example, the capture scheme was modified by placing the capture module upstream of the fish screens. This innovation helped reduce the high-cost footprint of the FSC module by as much as 35%.

Flow distribution across the fish screens was improved by pumping from individual screen bays and providing a simple and economical porosity control design. Traveling water screens were also designed to reduce cost, save space, and reduce the mechanical complexity over previous designs.

In addition, Deere & Ault designed a 180,000 pound Net Transition Structure. The NTS is a funnel-shaped steel structure that directs fish from open water netting into the FSC module. The structure was analyzed for several complex non-symmetrical load cases for both operational and survival mooring loads.